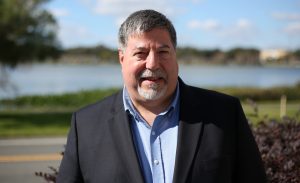 The CEO is responsible for the overall management and supervision of the community, and serves at the direction of the Board of Directors. Mr. Xanthopoulos assumed the role of CEO in January 2019. Prior to joining FPH, his career included key leadership experiences in the field of senior living.

Mr. Xanthopoulos began his profession as the Director of Development at one of the largest Continuing Care Retirement Communities in the country and was elevated to the Executive Vice President of the parent company and President of two subsidiary organizations during his tenure. He went on to serve as President and CEO of the largest not-for-profit, faith-based, multi-campus system in Wisconsin. Mr. Xanthopoulos went on to hold interim leadership and consulting positions with one of the top performing and largest faith based not-for-profit senior living systems in the country, as well as acute care health systems with housing and community based programming for older adults. In these roles, he served as Executive Director of Life Plan Communities ranging in size from 150 older adults to almost 600 older adults.

Mr. Xanthopoulos views his role at FPH as a vocational calling. He uses his extensive background and skill set to deliver and maintain positive, interactive and goal-centered management at Florida Presbyterian Homes. “When it comes to our residents, I believe in open and respectful communication, and I am committed to being visible, accessible and compassionate. I live my values as a servant leader, working hard to provide our staff with support, direction, and appropriate accountability.”

The Administrator is responsible for the efficient operation of the Assisted Living Facility and the Skilled Nursing Facility, supervising the staff and ensuring compliance with all applicable State and Federal laws and regulations. Also serves as Risk Manager. Ms. Rivera was hired by Presbyterian Nursing Center in 1992 as a staff nurse shortly after moving to Florida. She later became the evening supervisor followed by the unit manager for the sub-acute wing. She was promoted in 1996 as the Director of Nursing when FPH built a new Skilled Nursing Facility on campus. Ms. Rivera assumed the duties of Administrator in 2007. The Polk County Organization of Nurse Executives recognized Ms. Rivera as Nurse Manager of the Year in 2012. She received her B.S. in Nursing from the City College of New York. Ms. Rivera is an active member of the Florida Health Care Association and the Florida Pioneer Network.

“It has been a ministry working here almost 20 years. The love and honor for our elders is seen on a daily basis from all departments. The love between staff, residents and family truly makes it a home. I can not think of a better place to serve.” 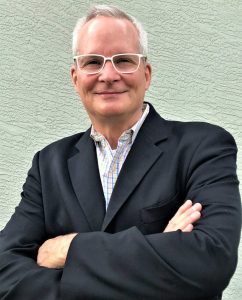 The Chief Financial Officer is responsible for the maintenance of the financial records of FPH in accordance with generally accepted accounting principles. The Chief Financial Officer reports to the Executive Director and the Board of Directors regarding the historical, current and projected financial condition of FPH. He is also responsible for managing the activities associated with accounting, budgeting and human resources, and for ensuring the accurate and timely dissemination of financial management reports including, but not limited to, internal and external monthly financial statements, annual audits and budgets and annual Medicare and Medicaid cost reports.

Mr. Larson has direct, real-world experiences in private industry (for-profit and not-for-profit entities) and has been a CFO in the CCRC and healthcare industries for close to two decades; in facilities ranging from 300 to nearly 1,000 residents. He received his CPA from the State of Indiana, his MBA from Florida Atlantic University and his Bachelor’s in Accounting from Bellarmine University, Kentucky. Mr. Larson has served as a Financial Evaluator to the CCAC.