Since 2001, the total donations to the Endowment Fund have amounted to almost $1.3 million. Although a large portion of these donations were contributed by outside organizations in the 2003-2005 period, many residents have compassionately contributed about $140,000. Similarly, residents, Board members, staff, families and friends of the Homes have contributed about $160,000 to the Loving Care Fund during the same 14 year period.

Contributions to either fund can be made by check or direct bank transfer. Another way is through a Charitable Gift Annuity that can provide a guaranteed stream of income for life to the contributor with tax benefits that begin immediately. Please contact Jennifer Olivier for details.

The following graph demonstrates the narrow margin between revenues and expenses as found by the auditors, Moore Stephens Lovelace: 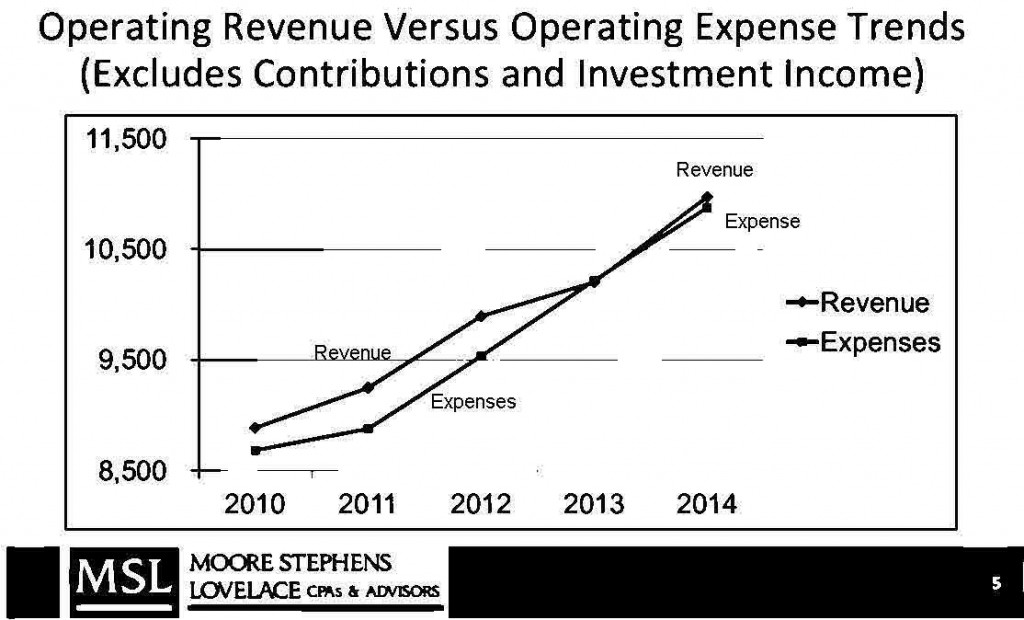 The continued narrow margin between revenues and expenses leave little leeway for needed improvements to FPH operations that can have positive effect on the quality of life for residents.

Again I want to mention that the kickoff for the Employees Christmas Fund is September 01. Please contribute!